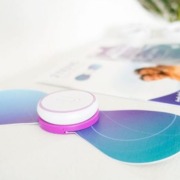 TENS machines have been around to help relieve people of acute and chronic body pains. TENS is short for Transcutaneous Electrical Nerve Stimulation, and it is designed to reduce pain in targeted body parts such as the neck, shoulder, back, arms, thighs, and feet. It is widely used by people suffering from musculoskeletal pain, osteoarthritis, fibromyalgia, and athletes with injuries. If TENS machine can help people with pain problems, will it also work for pregnant women who experience the pain a hundred times over during labour? What is the best TENS machine for labour in Australia?

iTENS as The Best TENS Machine for Labour in Australia

Let’s understand how a TENS machine work. The TENS machine is a small, battery-operated unit that connects two electrodes, the wires that produce low voltage electrical currents, attached to the skin through pads where the pressure point is. The electrodes stimulate the nerves and send signals to the brain that intercepts and block normal pain. Typical TENS machines are wired, but the more advanced technology now offers a revolutionary wireless device called the iTENS. The iTENS is a wearable, hassle-free, Bluetooth-enabled device that can be operated through the iTENS app on your phone. The iTENS is a top choice and is recommended by Australia’s leading pain specialists. It is one of the best TENS machine for labour in Australia. The iTENS is convenient because it has no messy wires, and it does not interfere with your daily activities.

Limitations on using TENS while pregnant

A TENS machine is not advisable to use during pregnancy, but it may be used during the early stages of labour. Not all TENS machines are specifically designed for maternity, and not all hospitals have these units available on hand. You have to consult with your doctor first to find the best TENS machine for labour in Australia and how and when you can use it. You may start using the TENS machine at the beginning of labour or when regular contractions start. Most people use TENS in early labour and throughout the first and second stages but may need additional forms of pain relief later on. Never use the unit while in the shower or in a birth pool.

A TENS machine may sound complicated at first, but it is straightforward. The TENS machine is generally safe as it is drug-free, non-invasive, and has no adverse side effects. However, it is not allowed for people with epilepsy or a cardiac pacemaker implanted in their bodies. For most people, it can be used 2 to 3 times a day when needed. Finding the best TENS machine for labour in Australia is easy; look for a reputable brand compliant with government standards and highly recommended by experts and specialists.

The iTENS as an E Stim Machine
Scroll to top